How to Choose the Right LED Lighting Product Color Temperature

Applicability: All LED Products
LED lighting offers many benefits and features that were difficult, if not impossible to offer with other lighting technologies. Many of the obvious benefits, such as substantial operating energy and cost reductions, longer life, and lower overall heat generation are generally well known. Another feature that allows for dramatic appearance and productivity benefits now and in the future, involves the color temperature of the light produced by LEDs.

“White light” is commonly described by its color temperature. Measuring the hue of “white” light started in the late 1800s, when the British physicist William Kelvin heated a block of carbon. The block of carbon changed color as it heated up, going from a dim red, through various shades of yellow, all the way up to a bright bluish white at its highest temperature. The measurement scale for color temperatures, which was named after Kelvin as a result of his work, was based Centigrade degrees. However, since the Kelvin scale starts at “absolute zero”, which is ‐273°C, you can get the equivalent Centigrade temperature (compared to the visible colors of a heated black body) by subtracting 273 from the Kelvin color temperature. 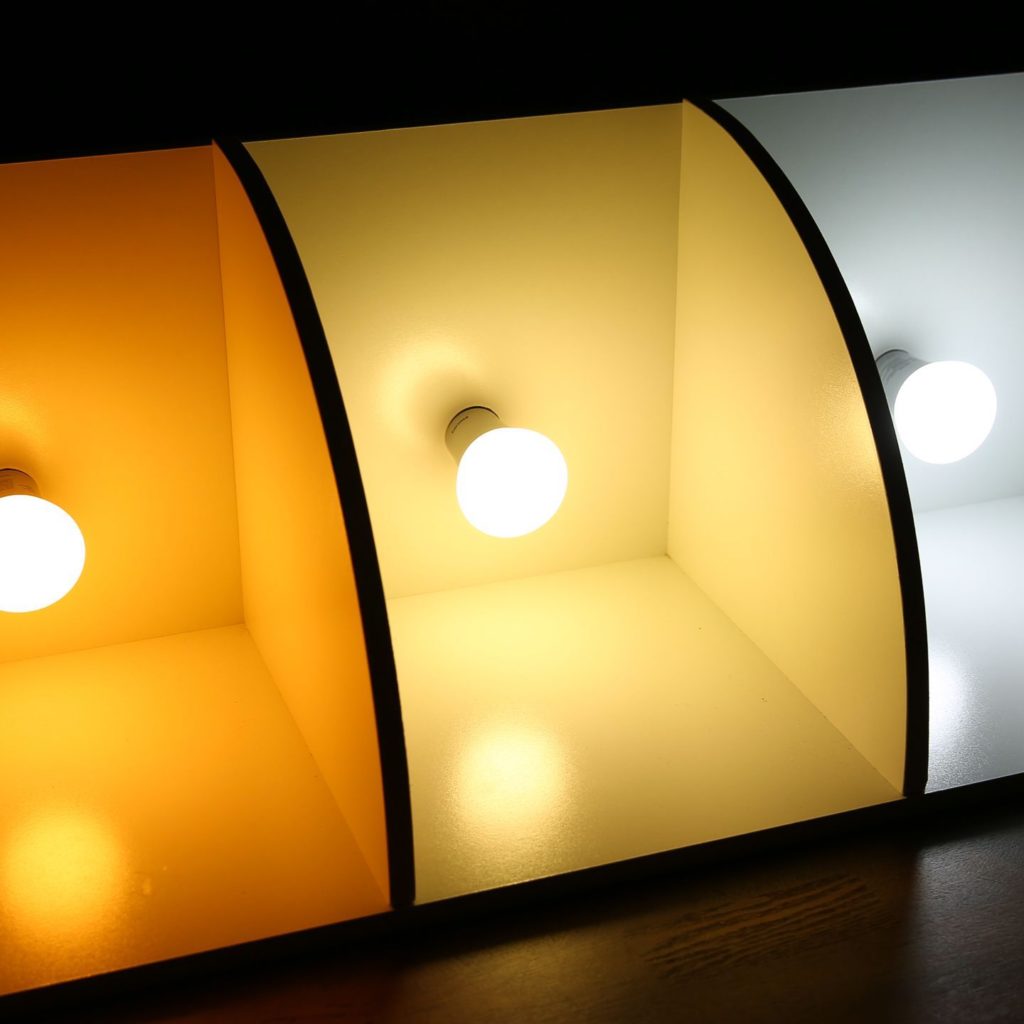 The term used in general illumination is correlated color temperature (CCT). CCT relates to the color of light produced by a light source, and uses the Kelvin temperature measurement scale (SI unit of absolute temperature). It describes the relative color appearance of a white light source, indicating whether it appears more yellow/gold (“warm”) or more blue (“cool”), in terms of the range of available shades of white.

Many people are now familiar with the idea of a “warm” white or a “cool” white being offered by fluorescent and other light bulbs. These bulbs have vastly different color temperatures. The “warm” bulb often has a color temperature of 3,000K and casts a more orange/red light on objects. Because you normally associate warmth with red or orange objects, this accounts for the “warm” descriptive name, even though it is a cooler (lower) temperature on the Kelvin scale. A “cool” white bulb commonly has a color temperature of 4,100K and higher on the Kelvin scale. This is in the low range of blue color, similar to ice, therefore earning the “cool” description. 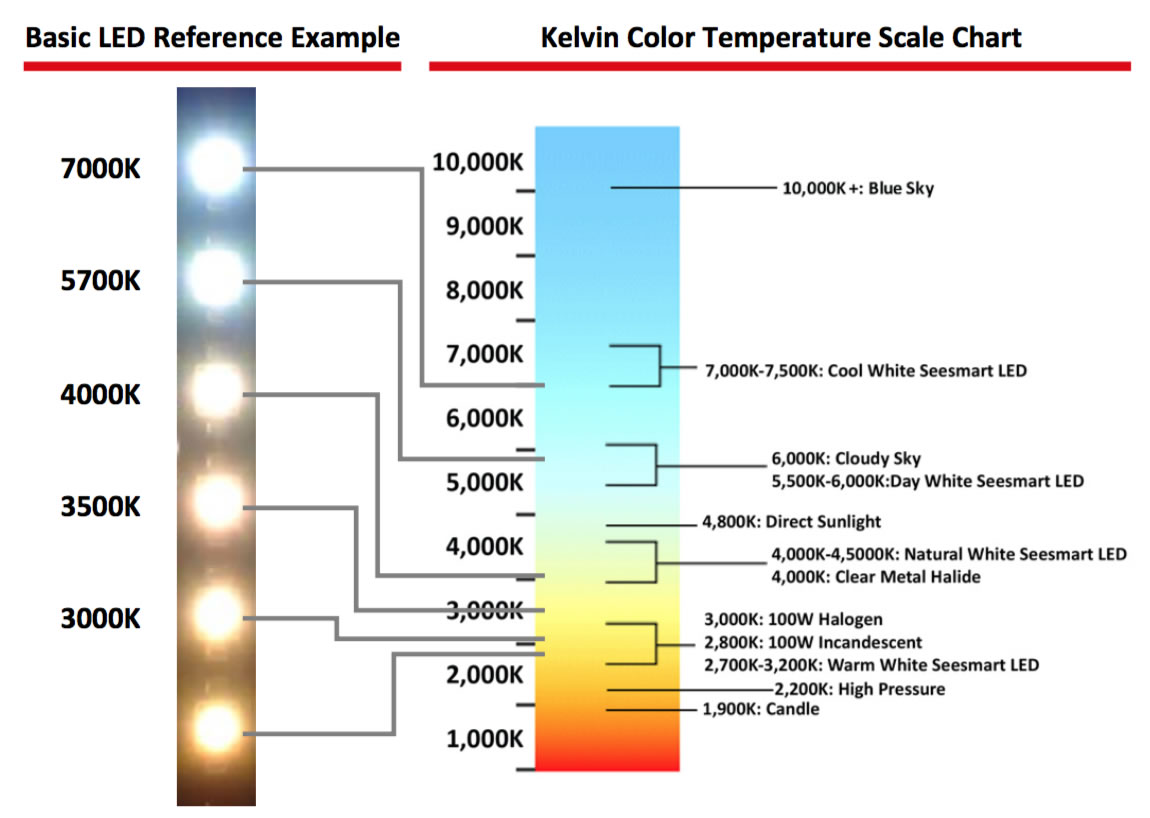 “We forget just how painfully dim the world was before electricity. A candle, a good candle, provides barely a hundredth of the illumination of a single 100 watt light bulb”
– Bill Bryson –