Energy efficient, Long lifespan. There sure are a lot of exciting promises surrounding LED lights for home these days. And a lot of buzzwords, too. Heard about lumens and color temperature?  In the following paragraphs we’ll break the subject down for you. You’ll learn how LED is different from any lighting source you’ve purchased in the past, and read some helpful tips to keep in mind when shopping.

A Short History of LED Lighting

First, a little background on the technology.  The birth of the LED goes back as far as the early years of the 20th century, when electroluminescence was discovered by British scientist H. J. Round.  Today’s LED lighting uses a small semiconductor chip rather than a filament in a bulb to produce light.  These chips are small and compact, and can be programmed to output any color of light imaginable. This means that you can have a single bulb controlled by a remote or a phone app that’s capable of outputting white light, red light, or any other color.

LED light bulbs for home are available as replacement bulbs for almost all types of bulb bases and shapes. LEDs also come built into desk lamps, chandeliers, pendants and other lighting fixtures as a dedicated array, so there are no bulbs to replace.  All in all, LED is a very adaptable technology that can be used in a wide range of applications. 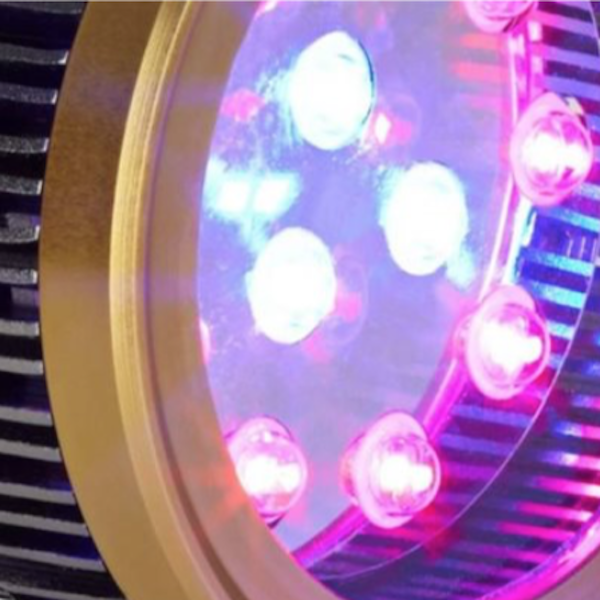 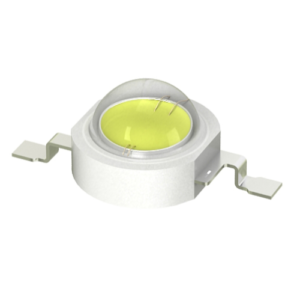 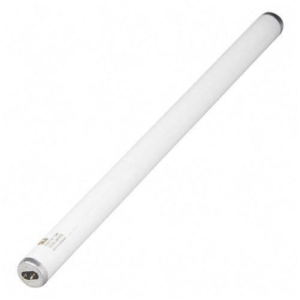 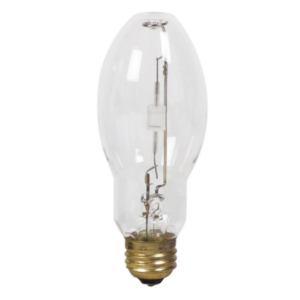 Of course, the first thing most of us think about is the fact that LEDs use far less energy than other light sources.  Indeed, LEDs are the greenest option on the market today.  In the past, people estimated the brightness of a bulb by its wattage. But LEDs use much less electricity so the old wattage measurement no longer applies. So now we use “lumens” instead to measure brightness.

In this chart, notice the difference in wattage required to produce 1,100 lumens. Per watt used, LEDs produce many more lumens (or light) than either incandescent bulbs or CFLs (compact fluorescent bulbs).  Buying Tip: What does all this mean for you? For one, you should be looking at LED bulbs or fixtures to see how many lumens they produce, not how many watts they use; the more lumens, the more light.  As seen in the chart an LED using only 6 to 8 watts of energy outputs light comparable to a 40 watt incandescent or a 9 to 13 watt CFL.

LEDs last a very long time, anywhere from 10-20 years on average under optimal conditions. This eliminates the need to constantly buy and change new bulbs, and reduces the load on landfills.  Buying Tip: Replace hard to reach incandescent bulbs (like those on that hallway chandelier you have to use the step ladder to get at) with LEDs; they will last for years and will greatly decrease the number of times you need to replace the bulbs (and climb that ladder). 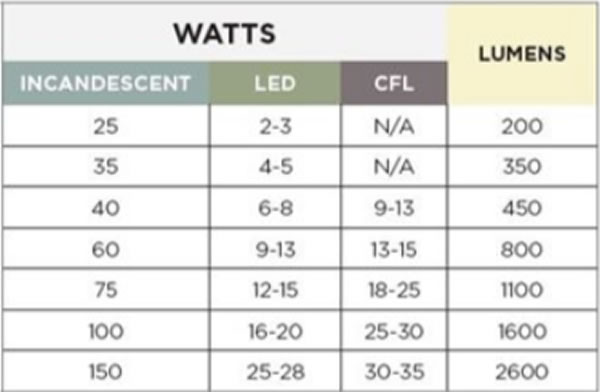 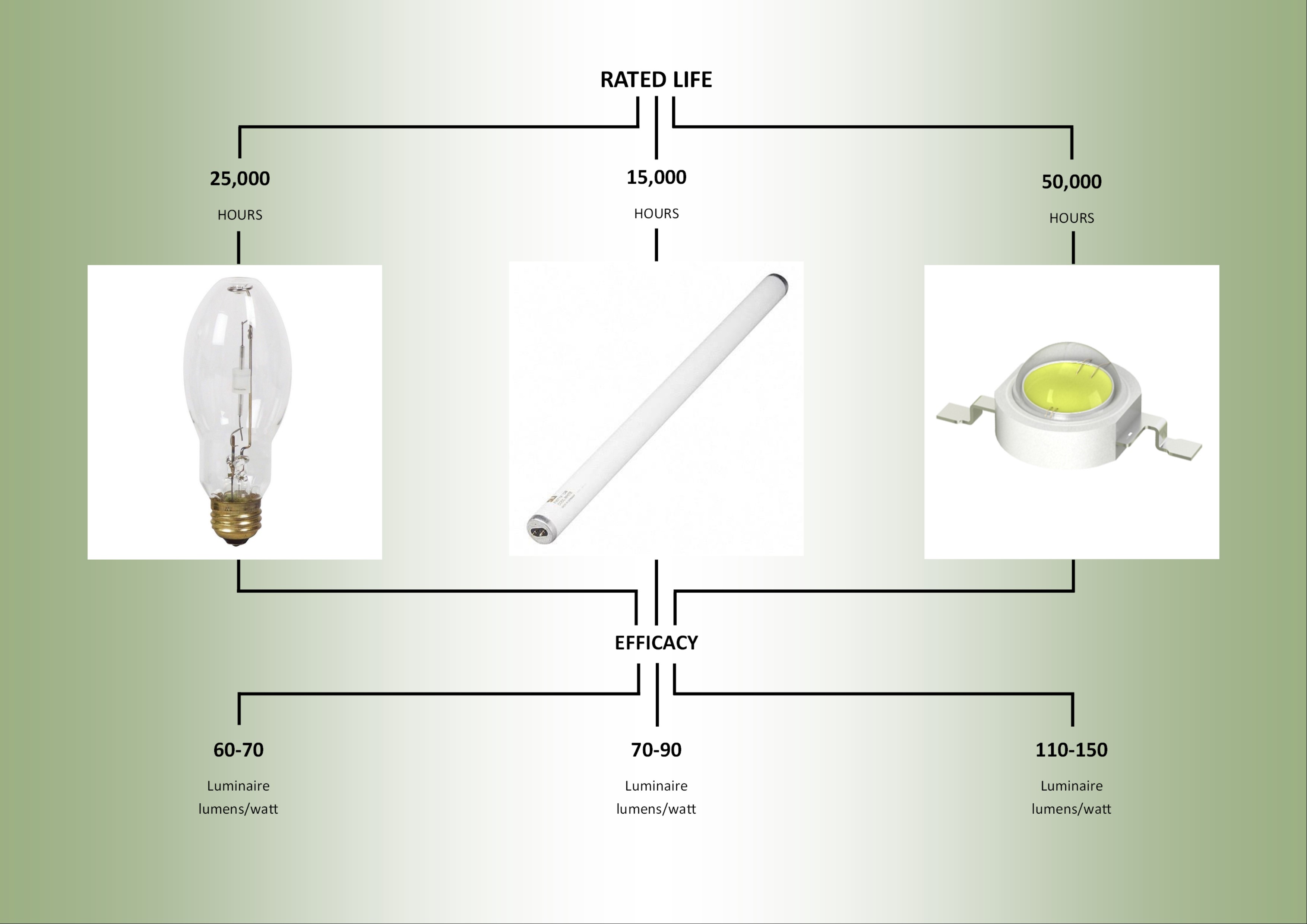 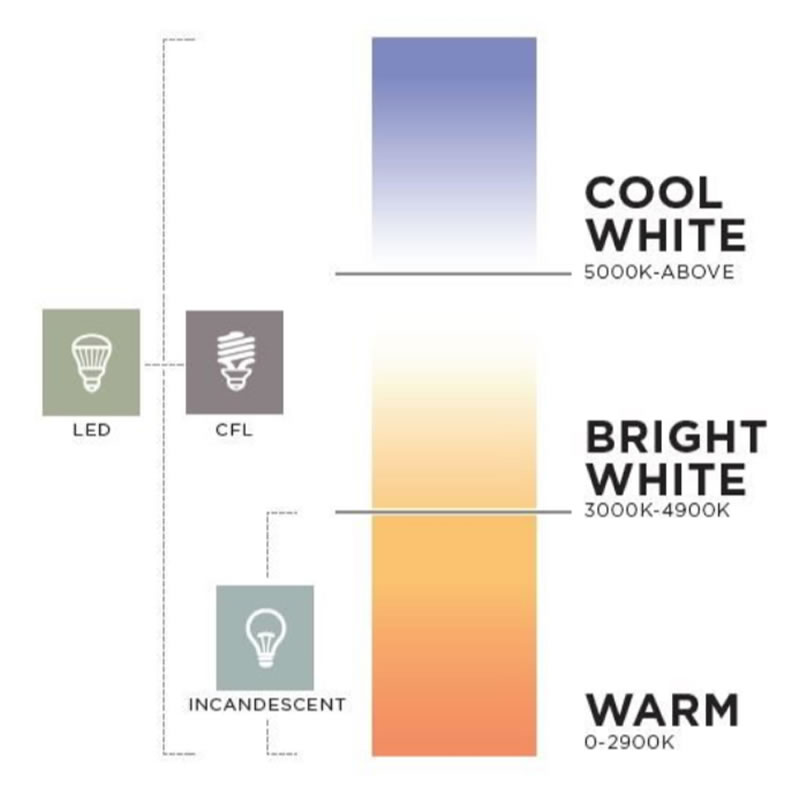 Buying Tip: If you want a warm, incandescent-like light from your new LEDs, choose a bulb or an LED fixture with integrated LEDs that has a low color temperature, one below 2900K.

Dimmers and LEDs
You can use dimmers on most LED bulbs and lighting designs, unless the manufacturer states otherwise. However, because LEDs are a semiconductor circuit chip, they are not always compatible with traditional dimming switches.  The reason for this is that traditional dimmers that are made to work with incandescents by decreasing the amount of electrical current sent to the bulb. The less electricity, the dimmer the light. As we have seen however, there is no direct correlation between LED brightness and the amount of energy used. To dim an LED, you’ll need an LED compatible dimmer.

If LEDs are so energy efficient, why dim them in the first place? For starters, dimming any room light enhances the ambiance and mood of the space, making the room a more enjoyable area to be in.  Dimming LEDs saves energy too. Dimming them to 50% of their light output saves nearly 50% on energy. Plus, dimming an LED makes them run cooler, which extends the life of the bulb or integrated LED array.
Buying Tip: Make sure your wall dimmer is LED compatible, and replace it if it is not.

Because LEDs are so small and compact, they can be grouped and used in a variety of novel new shapes.  In part this is because LEDs are not dependent on the old-fashioned Edison and incandescent bulb shapes. LEDs can, in fact, be arranged into almost any imaginable shape, from long lamp arms to round chandelier pendants.  This aspect of the LED enables a whole new range of lighting designs.

“We forget just how painfully dim the world was before electricity. A candle, a good candle, provides barely a hundredth of the illumination of a single 100 watt light bulb”
– Bill Bryson –